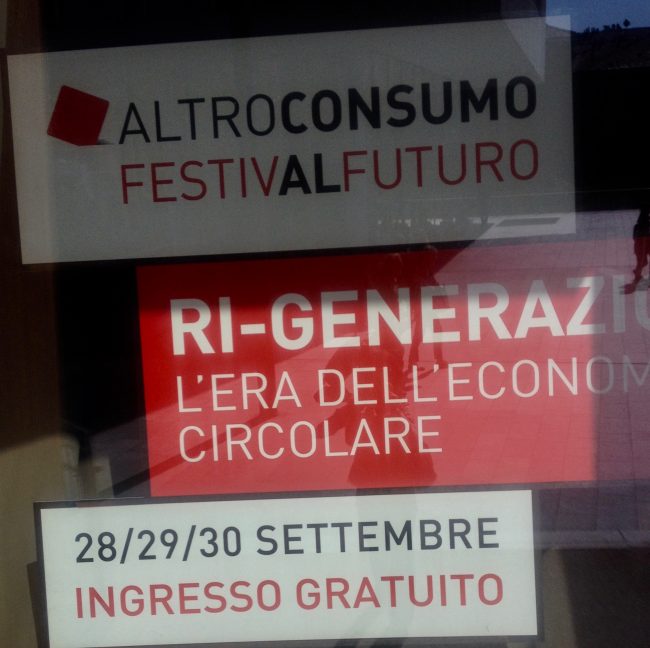 Thanks to the active consumer’s association Altro consumo , Milano held this week end  the  : Festival futuro

Ri generazioni, L’era del economia circolare , which is to say the  Festival of the future, ri generation, the era of circular economy

Themes such as : The hidden role of water in the circular economy, waste always deserve a second chance, the fleeing plastic  in the use and throw model  or Greenwashing versus green advertising...

have been discussed… nice initiative and a good way to get to know the local players ! 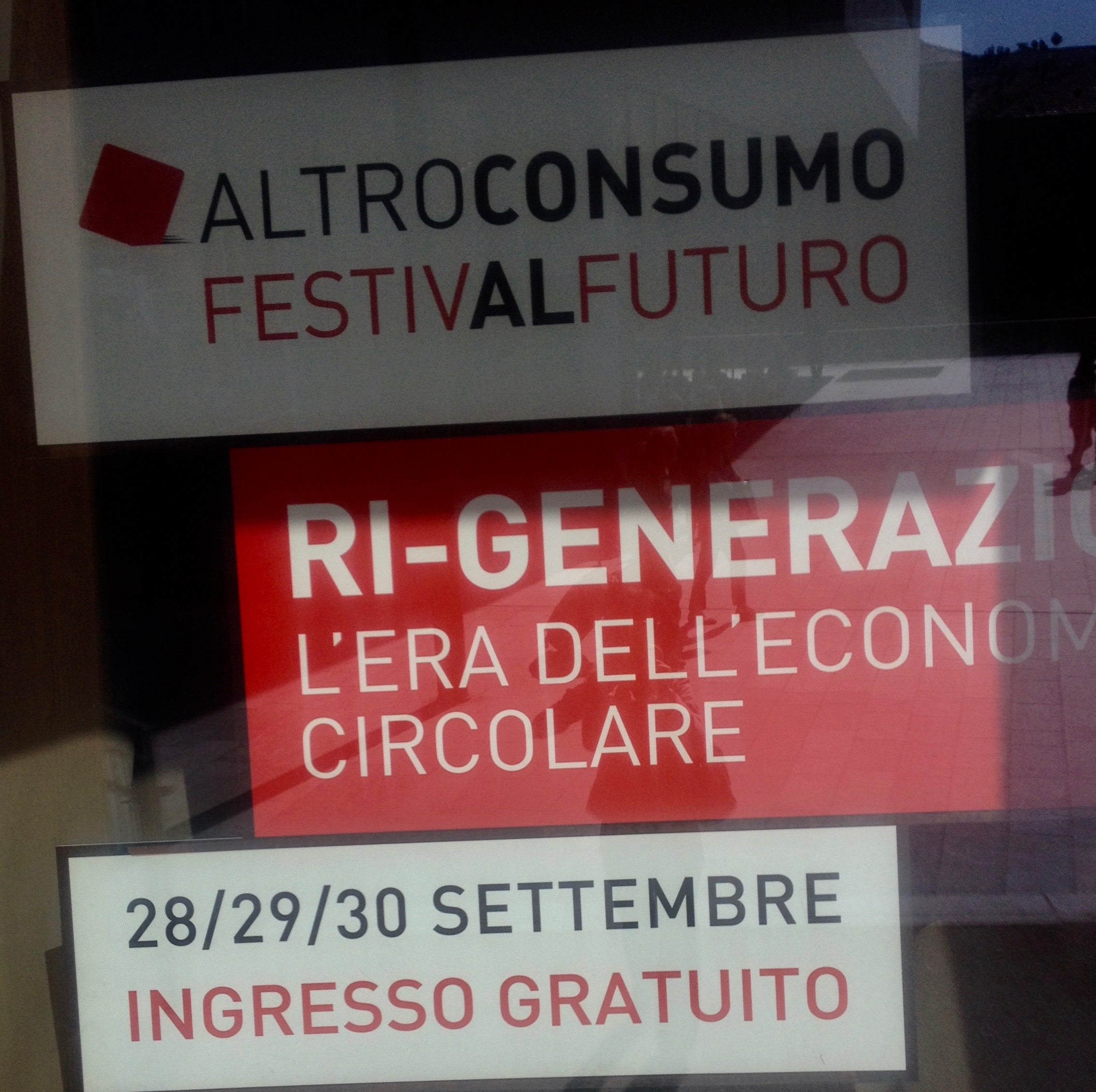 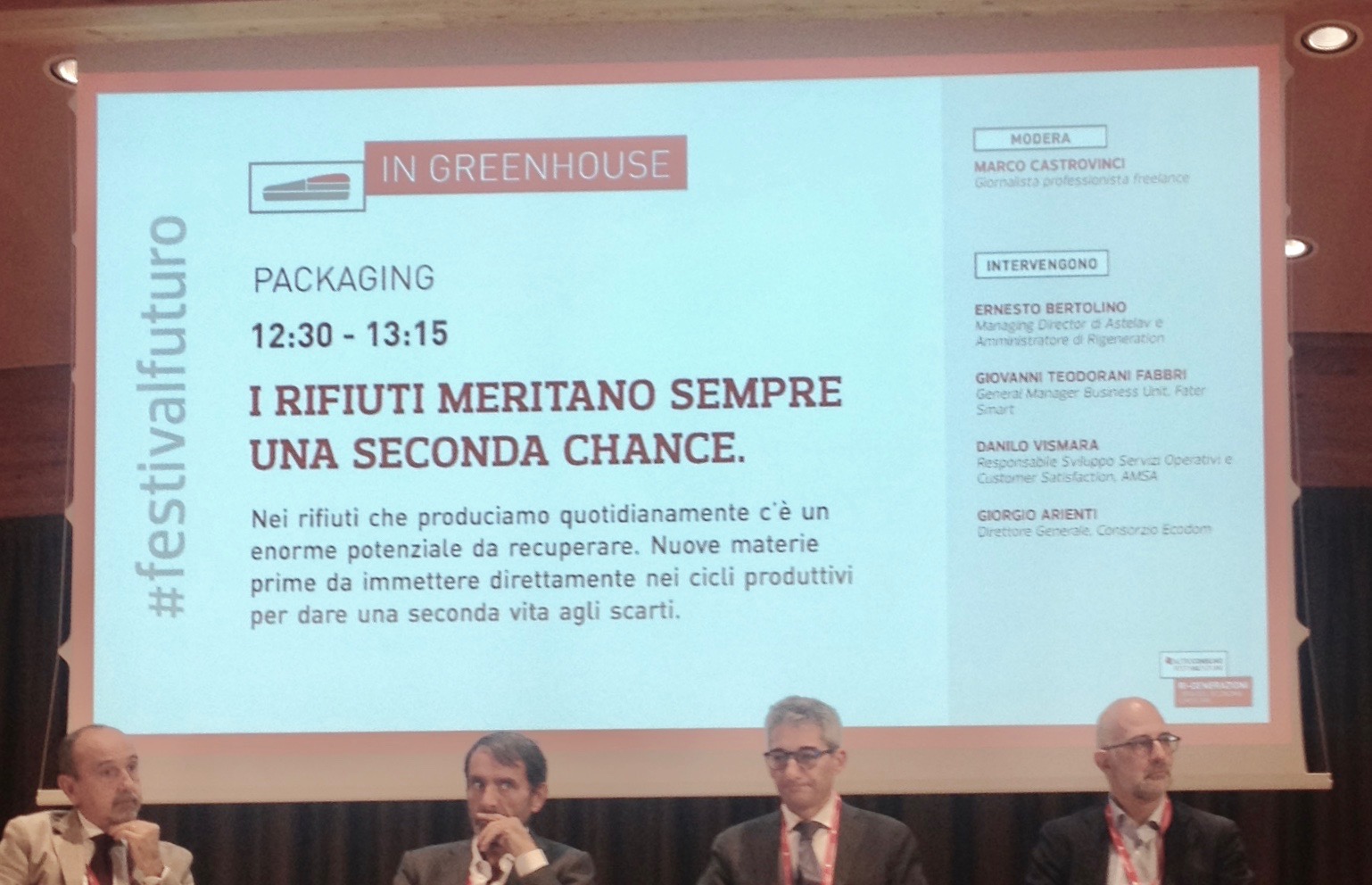